I am in my final push to finish Prowl for release this month. Wrote the Epilogue but I still want/need to go over it one more time before I send it to my editor. Fury will resume this coming Sunday with Chapter Five. In the meantime here is a rough/unedited blurb for Prowl.

Aristotle Kuhn is the pride’s prankster and tech person. One by one, he has watched his brothers fall prey to the the chaos that’s comes with finding a mate. Broken down to their most primal instincts, he wants nothing to do with a mating. But, he isn’t given a choice. On a routine assignment, he meets the woman meant only for him…and will chase her down no matter the consequences

Only she wants nothing to do with him or shifters in general.

Bane is a thief, a damn good one. She was contracted or a simple job. Get in and get out, only she never expected to run into a cheetah disguised as a man. Or how is appearance would change her life. 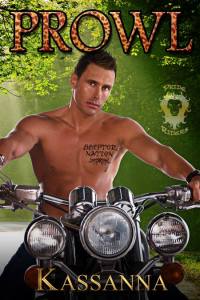