Happy Easter, I hope your having a wonderful Good Friday. If your like me and like to read let me tell you there are some utterly fantastic books out and with this being a holiday weekend I plan to read until my hearts content…that is after I finish edits. So lets talk books. There are a few must reads on my list and I’m sharing them with you. They come from some tried and true authors that have yet to disappoint me so I thought I’d pass these  awesome writers your way. Wishing you a rocking weekend ! Kass

I have a new release out today. Yay! Boaz, it the 2nd book in my Angels and Demons series a follow up to Angel Mine. Now you met my Angels, allow me o introduce you to my demons.

Working for the DOD, Department of Demonology was a lowdown, dirty and thankless job. After all technically it didn’t even exist and was actually part of the great agreement between otherworldly beings much larger than herself. But it was a job and one Chantal was good at.
She was a Skip Tracer, charged with locating and returning illegal Demons who broke out of hell. That was the fun part. Her problem, how did she chase down something that didn’t escape and simply went rogue?
Boaz has been charged with bringing an old friend back into the fold. Few people realize that Lucifer set up his own police force of sorts and charged certain demons with chasing down their kindred. Now he had to locate the problem, negate it and get the hell out of town before he runs into the only woman he ever loved. Good thing she didn’t know he was back 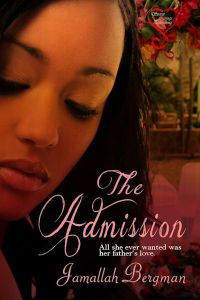 All she ever wanted was her father’s love.
Cathy Sanderson tries her best to impress her father despite his resentment over her. She seemed to contemplate most days, “Why me? Why do you hate me so daddy?”
He’d belittle her about every little thing. The pain and anguish she felt as his only child had her day dreaming that one day he would treat her special.
Cathy loves her father and tries to make him proud of her, but everything she tried, never seemed to work.
Her shyness plays against her, and makes her a prisoner within her own mind.
She feels nothing in her nonexistent life could be made any better.
Until, she met him.
Rodrigo “Rod” Coram lives the life that most men fantasize about. He’s the owner of a fabulous club, The Orchid Lounge. He has great clients, great friends and the eyes of every woman around.
One thing Rod didn’t have was a woman to love.
Rod’s best friend Frank asked him for his help. He needed an extra groomsman for his cousin’s wedding.
That’s when fate brings an unloved woman, and a man looking for love, together.
New Love. Secrets. Regrets. Two people find each other, but their personal lives may keep them apart.

Finning on the rise in the Pacific, king Blade Bartholomew must regain his memories for his life mate and stop the finning before his people are wiped out completely.

Dar learns the king plans to close the portal to the human realm. To make matters worse, her sister is in the now defunct world. Risking everything, she slips into the human world and meets up with a vampire. However, his assistance comes with a price…

Dane is a loner and has his own ass to worry about. He should have never fallen for the sheltered fairy with the bedroom eyes, but she’s stolen his heart. He reluctantly agrees to help the little vixen, but at what cost?

The vampire and the fairy are from two different worlds, but they soon realize just how much they mean to each other.

Amaranta Costa uses her Kanima as an avoidance tactic, until the one person she cherishes most is taken from her. When Gavin Ford enters the fray uninvited, she’s forced to accept the help of his pack to find her mate.

Trusting others isn’t her forte. Though her inner jaguar accepts him hands down, the woman in her fights his dominating, take-control nature. Unlike Marisol’s soft personality, Gavin’s wolf challenges her at every turn. She can find no escape. His abrasiveness both sets her on edge and pleases her. She finds being in Marisol’s arms isn’t enough; the all-consuming need to be his burns to her core. There’s no denying the chemical attraction arcing among the three of them.

Will she reach out, and accept the love and support waiting for her?